I have been making wagers with my friends on what super-power I will acquire through radiation, and I think I’ve figured it out. I’ve always had incredibly vivid and bizarre dreams, but this week has taken that to an entirely new level. Not only have I cycled with Justin Bieber on top of water and through the rainforest, dug marimbas out of several feet of mud with him (in his stunna shades), house hunted for a multi-billion dollar home, watched as Batman took down a gang that had been after me for watching a crime they committed outside a shoe store, but I actually had two nights of incredibly meaningful dreams.

I had two nights of very lengthy encounters with people who have passed away in my life that I miss dearly. The first dream was my first night of quarantine. My friend Travis, who passed away just over a year a go, showed up at my apartment and in this dream I knew he was no longer with us, and he basically said, “Just kidding! I’m here!”

I was so overwhelmed, upset that we had been lied to for the last year and just beyond myself in excitement (and tears) that he was still here. After I slapped him a few times for deceiving us, he laughed hysterically and then gave me an incredibly long hug. We then spent the day exploring Chicago, and I could actually hear his voice and laughter. At the end of the dream, I could tell he was having to say goodbye, and then I knew it really was a dream and that none of this was real. He hugged me, and I woke up.

I was so thankful for that time, even if it wasn’t real. It brought him back vividly if only for a night of dreaming. I miss you, Travis. 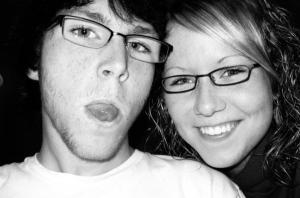 Last night I had an extensive dream that started out with me riding my bike on 91 E in southern California, easily the worst freeway in the country, and then realizing about ten miles in that I had two flats, so I pulled off the freeway, conveniently to find my car waiting for me (I love that about dreams). I drove to a high school gym that I was going to sleep in for the night, because of course, life is like drum corps and people don’t actually sleep in houses or hotels…just gym floors.

Anyway, I got there and the gym actually had apartments inside and my roommate was Sam Tindall (a wonderful friend that I met in high school from the Indiana indoor percussion circuit). Well, we were grabbing food in the drum corps buffet-style food line, and all of a sudden John Dybdall walked up. In this dream, I was not shocked by this, I did not have any inkling that he has been gone now for over three and a half years.

He showed up in his red plaid shirt that he so infamously wore (the shirt in the photo below) and I gave him a huge hug. He spent the day there with us and at one point he and I went to the grocery store (Piggly Wiggly, of all places?) and ran some errands. My favorite part of this dream was grabbing coffee and sitting down and talking.

When I was in high school, John and I frequently met at the Starbucks in my home town, and he patiently listened to all my petty talk about boys and high school drama that no recent grad wants to hear about. Looking back, I feel really sorry that I did that to him, hah–but it just shows how self-less and caring he was. He would give me advice and most visits ended with him sharing with me some new music I needed to listen to.

As my brother’s best friend, he had been around my life for a long time, and I always really looked up to him and sought his approval, especially when my brother wasn’t around much during college, and John was still in town. I always feel guilty talking about missing John, because he was my brother’s best friend, so I feel it isn’t my place to say anything. In any event, I do miss him, and I’m especially thankful for all of the years that I got to see the two of them interact, play music in their band together, poke fun at me and “allow me” to listen to music with them.

So last night, I got to spend time with him, and as with Travis’ dream, I could actually hear his voice and laughter and for eight hours, I forgot that he is no longer a phone call or Starbucks visit away. I am very thankful for these two nights of vivid dreams of friends who have passed on. They were so tangible and real. 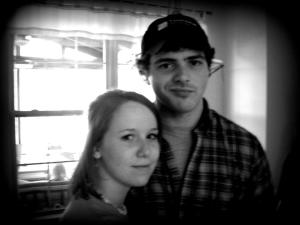 If this is my super-power, I welcome it fully (though I’d rather not have another gang chase after me). I’m hoping soon to have dinner with Zach Levi maybe? I’m sure I’d make an impression. 😉 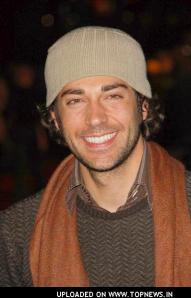